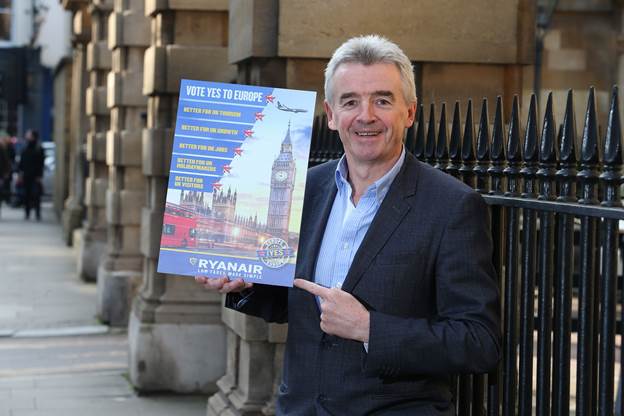 Ryanair, which employs over 3,000 people across its 13 airport bases, and carries over 35m customers between the UK and Europe each year, confirmed that it will actively campaign for a ‘Yes’ vote.

One of Europe’s great success stories was the advent of airline deregulation in the late 1980s, which broke the high fare cartel of Europe’s flag carrier airlines and fostered the rise of low fare airlines, led by Ryanair, which have transformed air travel, tourism, economic growth and jobs, particularly in the regions of Britain, where Ryanair is growing strongly in cities such as Birmingham, Bristol, Edinburgh, Glasgow and Manchester, among others.

However, in recent years some of the benefits of low fare air travel for British consumers have been eroded by Government regulation including UK APD travel tax and the EU’s failure to deliver its single sky project. Ryanair remains, critical of both UK and EU Government failure to promote low fare tourism growth in areas such as the UK travel tax and the continuing indecision over additional runway capacity in the south-east, but still remains a committed supporter of the UK remaining in Europe because:

this will lead to more UK jobs & better economic growth

Ryanair agrees that the EU needs reform, to reduce bureaucracy and become more efficient for the benefit of Europe’s consumers. The best way to achieve this reform is for the UK to lead from within the European Union and not from outside where like Norway, the UK will still pay, will still obey the rules, but will have no influence over decision making.

In London, Ryanair’s Michael O’Leary said: “As the UK’s largest airline, Ryanair is absolutely clear that the UK economy and its future growth prospects are stronger as a member of the European Union than they are outside of the EU. Leaving Europe won’t save the UK money or red tape because like Norway the UK will still have to contribute to Europe, and obey its rules if it wants to continue to trade freely with Europe, so it’s clear that UK voters should vote Yes to Europe and Yes to the reformed Europe, that David Cameron has delivered. Ryanair, our people and I hope the vast majority of our customers, will all work together over the coming months to help deliver a resounding Yes vote on June 23rd.” 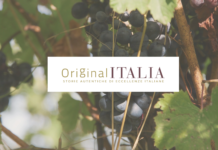 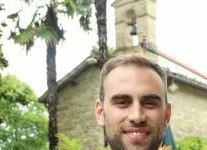