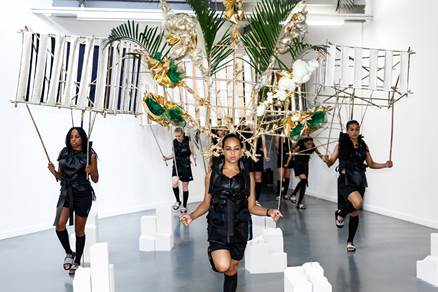 A street parade by Marga Weimans as part of the DO DISTURB festival at the Palais de Tokyo, Paris

Carnival Carnivalesque (Trade) The Carnival Carnivalesque (Trade) procession portrays the idea of transformation and shows the carnival as a moment in which norms disappear, and boundaries temporarily blur. Fashion, art, and performance unite in an overall concept informed by Weimans’ background and her views on the city dweller as and ‘agent of change’. Carnival Carnivalesque (Trade) was developed on behalf of TENT for the 2015 Rotterdam Summer Carnival and included in the TENT exhibition On The Other Side Of Reality.
Sequel in the summer of 2016
After Marga Weimans’ performance for Palais de Tokyo in the spring, TENT participates in the Summer Carnival procession of David Bade for the Kunsthal Rotterdam with a project by Authentic Boys. Parallel to this, TENT is developing an international youth project with TATE Modern and travels to London in the autumn. DO DISTURB takes place at the Palais de Tokyo from 8 to 10 April. The presentation is supported by the Dutch Embassy in Paris, CBK Rotterdam, and The Art of Impact. 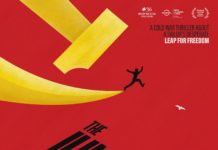 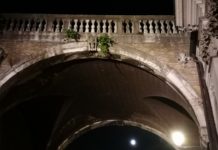 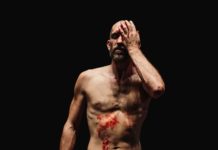