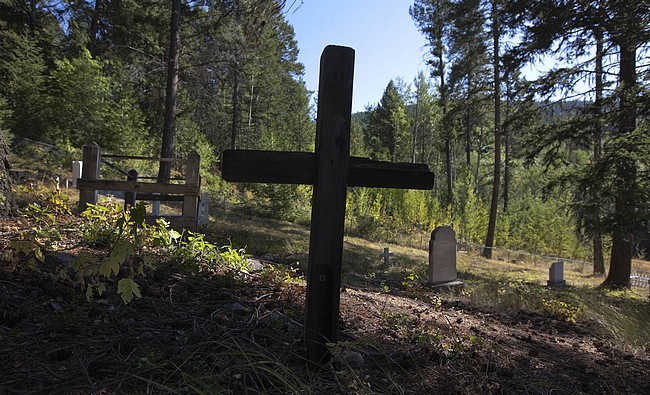 ATTENTION EDITORS — THIS IMAGE IS 12 OF 12 TO ACCOMPANY A PICTURE PACKAGE ON BRITISH COLUMBIA GHOST TOWNS. SEARCH KEYWORD “GHOST” TO SEE ALL IMAGES PXP801-812

An old wooden cross marks a long forgotten grave in the cemetery of the ghost town of Phoenix, British Columbia September 24, 2011. The town and later small city grew around rich deposits of copper but was largely abandoned in 1919. The city itself was bulldozed in the 1950s when an open pit mine was briefly created in the area and all that remains of Phoenix today is the grave yard and the open it mine and its tailings. British Columbia has one of the largest collection of ghost towns or derelict communities in the country. Many are past mining towns that harvested copper, silver and gold and are either gone without a trace or lie in ruins ravaged by time. Picture taken September 24, 2011. REUTERS/Andy Clark (CANADA – Tags: SOCIETY TRAVEL)