Frankfurt’s skyline is the city’s most famous – and most prominent – sightseeing attraction. There are many ways to get a closer look at Frankfurt’s many towering high-rises, one of the best being the very popular Skyscraper Festival, which celebrates the city’s premier landmark every couple of years. Those not willing or able to wait for this irregularly held occasion to hit town are urged to visit the observation platform of the MAIN TOWER.

Open all year round, this rooftop terrace offers breathtaking views of the Main metropolis and the surrounding region. Many of the city’s banking high-rises, meanwhile, are accessible to architecture fans by way of various special guided tours. Frankfurt’s range of high-rise hotels offers equally stunning vistas, which may be enjoyed within the framework of a business conference, a romantic dinner or an overnight stay. And finally, the Frankfurt Tourist+Congress Board also has a special theme tour on the subject, entitled “Architecture in Frankfurt”.

The Frankfurt skyline is known to be the most impressive in all ofEurope. The close proximity of its high-rises is one of several reasons for this feature’s international acclaim. Today, the construction of new high-rises is restricted almost exclusively to the downtown area west of the old town, thus ensuring that this famous landmark’s historical significance remains intact.

Next year, the irregularly held Skyscraper Festival will be returning to the Main metropolis. This celebration, scheduled to take place in the heart of the city’s banking district from 25th to 26th May 2013, pays tribute to Frankfurt’s skyline with a colourfully vivacious street festival. Here, visitors will have the chance to marvel at the feats of high-wire acrobats and façade climbers, take part in hot-air balloon rides and admire spectacular light shows. While the action continues down on street level, guided tours of the city’s skyscrapers offer visitors the opportunity to take a peek inside banking towers that are normally closed to the general public.

Various banking high-rises will be accessible to visitors during next year’s festival, including the twin towers of Deutsche Bank, the main office of Commerzbank, Messe Torhaus, the Westend Tower, Tower 185, the Eurotower and the MAIN TOWER. Tickets for the skyscraper tours will be available from the regional radio station HIT RADIO FFH as of April 2013.

Unlike those of its banking neighbours, the observation platform of the MAIN TOWER is accessible to the general public all year round. Situated some 200 metres above the city streets, it offers striking views of the city and its environs. For a less breezy look at Frankfurt and surrounds, pay a visit to the Maintower Bar or the 22nd Lounge in the Eurotheum, where cocktails, culinary delights and spectacular vistas are all part of the programme.

Many of the banks based in Frankfurtalso offer regular art and architecture tours. The head office of Deutsche Bank, for example, is a shining example of the institution’s engagement in culture and the arts. Here, fans of fine art are given the chance to see some of the bank’s 1,500 paintings and photographs absolutely free of charge. Two tours are held on the first Monday of every month, the first one at 5:30 pm and the second one at 7:30 pm. Those interested in participating should note that prior registration is kindly requested.

Commerzbank’s Gallileo Tower has been inspiring staff members and visitors with a special light installation created by James Turrell since 2003. Entitled “Light Shaft II”, it has the areas directly in front of the building’s lifts fitted with neon tubes, varying in colour from floor to floor. Irregularly held tours offer non-staff members the chance to see the installation as well as other artworks on display. The main office of Commerzbank offers free tours of its collection as well; these are held every hour on the hour from 10:00 am to 5:00 pm on the last Saturday of the month.

DZ Bank has been placing the focus of its cultural activities on contemporary photography since 1994. Its collection comprises over 6,500 works by more than 600 artists, making it one of the largest of its kind. Public tours take place at 5:30 pm on the last Friday of every month. Persons interested in taking part in the tour are requested to register in advance. The Helaba (State Bank of Hessen), on the other hand, has been concentrating on the works of contemporary artists since 1996. The collection combines modern works with established approaches, making lines of artistic development clearly visible to the observer.

The Helaba always endeavours to purchase complete work groups so as to present different artistic genres in their conceptual entirety. This juxtaposition of various forms of art, including painting, drawing, photography, sculpture and video, pays tribute the many possibilities of expression of contemporary art. In the nearby MAIN TOWER, the “Frankfurt Staircase” and a video installation by the American artist, Bill Viola, are accessible to the general public all year round. Tours of the collection are available upon special request.

Fleming’s Deluxe Hotel at Eschenheimer Turm in downtown Frankfurt is one of very few buildings to still have a paternoster lift in operation. On the top storey of the hotel, one finds a restaurant with a large terrace, offering beautiful views of the nearby Taunus low mountain range. The Innside Frankfurt Eurotheum, meanwhile, offers similarly spectacular vistas to those looking for “a room with a view”. Guest-rooms are located on the 23rd to 29th floors, while the lobby, the “22nd Lounge” hotel bar and all conference rooms are situated on the 22nd floor. The Lindner Hotel in the Main Plaza high-rise attracts its guests with a scenic riverside location. It offers event organisers a variety of modern conference rooms, to be found on the 14th, 15th and 16th floors.

The 44-storey Marriott Hotel, on the other hand, is situated in close proximity to the Frankfurt fairgrounds. The guest-rooms on the upper levels of the Hilton Hotel and the Interconti Hotel also provide visitors with panoramic views of the city and environs. Last but not least, the brand-new Jumeirah Hotel, nestled in the heart of downtown Frankfurt, features 218 luxury guest-rooms spread out over 24 floors. The higher the floor, the more breathtaking are the views from the panorama windows.

A motorised city tour entitled “Architecture in Frankfurt” offers interested locals and visitors a closer look at the many styles of historical and modern architecture to be found inFrankfurt. The tour covers a variety of subjects, touching on architecture and urban development from the Middle Ages to present day, the juxtaposition of old and new, the city’s skyline and future projects. It is bookable through the Frankfurt Tourist+Congress Board (TCF).

The aforementioned selection provides architecture enthusiasts with many opportunities to become better acquainted with the architectonic side of the Main metropolis, including – of course – its impressive skyline. We hope that you’ll take advantage of one of them in the very near future! 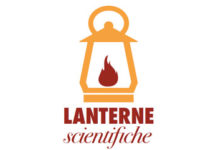 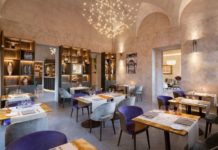 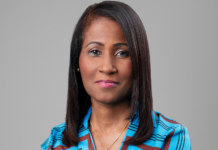